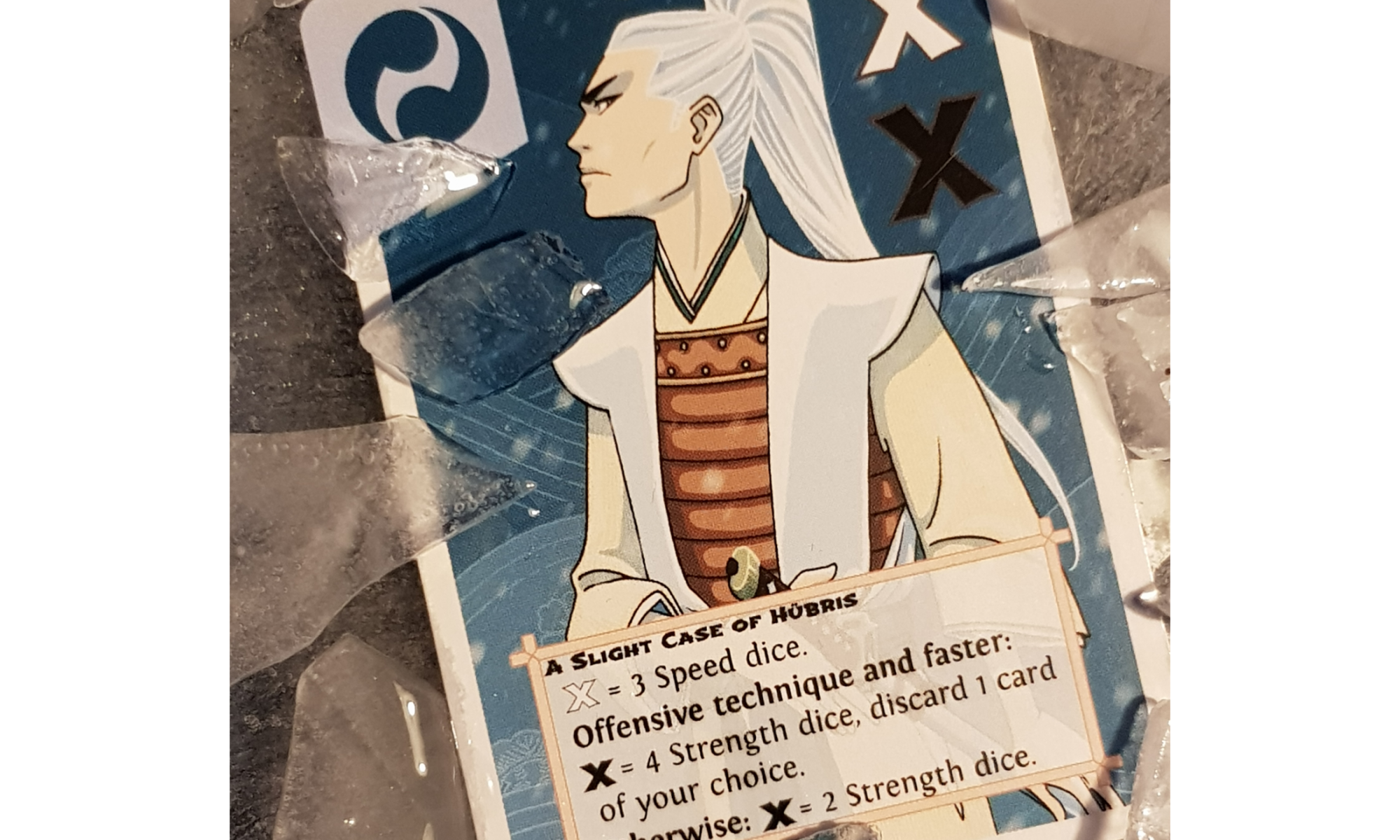 Hi and welcome to this week’s look at a special attack card from the game Bushido Duels.

Today we will be looking at The Highborn. This man believes that people of lower classes (and the middle classes) are filth and should be treated as such! An arrogant man who regards himself as the only true Sword Saint in history. His sword prowess is tightly intertwined with his belief in his own ability. Thus he is almost unmatched when on the offensive and on a winning streak.

Fueled by confidence and mockingly discarding his own attack cards to power his most potent attack gives him the potential to totally steam roll his opponents. However… what would happen to his self-confidence and sword prowess should his opponent block an attack or perhaps even connect with their blade?

In the card above A slight case of Hübris, we see the essence of his special attack cards.

The roll of three Speed dice (d3) determining his speed value (the lower value the faster the technique) is one of the more important rolls in the game. If low enough, on the offensive, it unlocks a powerful attack of four strength dice (d3), dealing unblockable damage due to him being faster. Then you’ll discard an attack card of your choice but don’t sweat it as it only helps strengthen his ultimate attack down the line…

The downside to this card is that it is that on the defensive or if you’re not fast enough, the efficiency drops considerably as it only lets you to roll two strength dice making it far less impactful.

Join us next week when we’ll be going to war!